Hello, there! Time for May's Minerva project. This time we're having a foray into 1976, and the world of jumpsuits! A while ago I noticed a giveaway on the lovely Stacey Stitch's blog, where she was giving away this pattern:

It was love at first sight, so I was really happy when I won it. With a few meters of black polycotton gaberdine from Minerva, a black zip, and a tiny bit of interfacing, I created this jumpsuit: 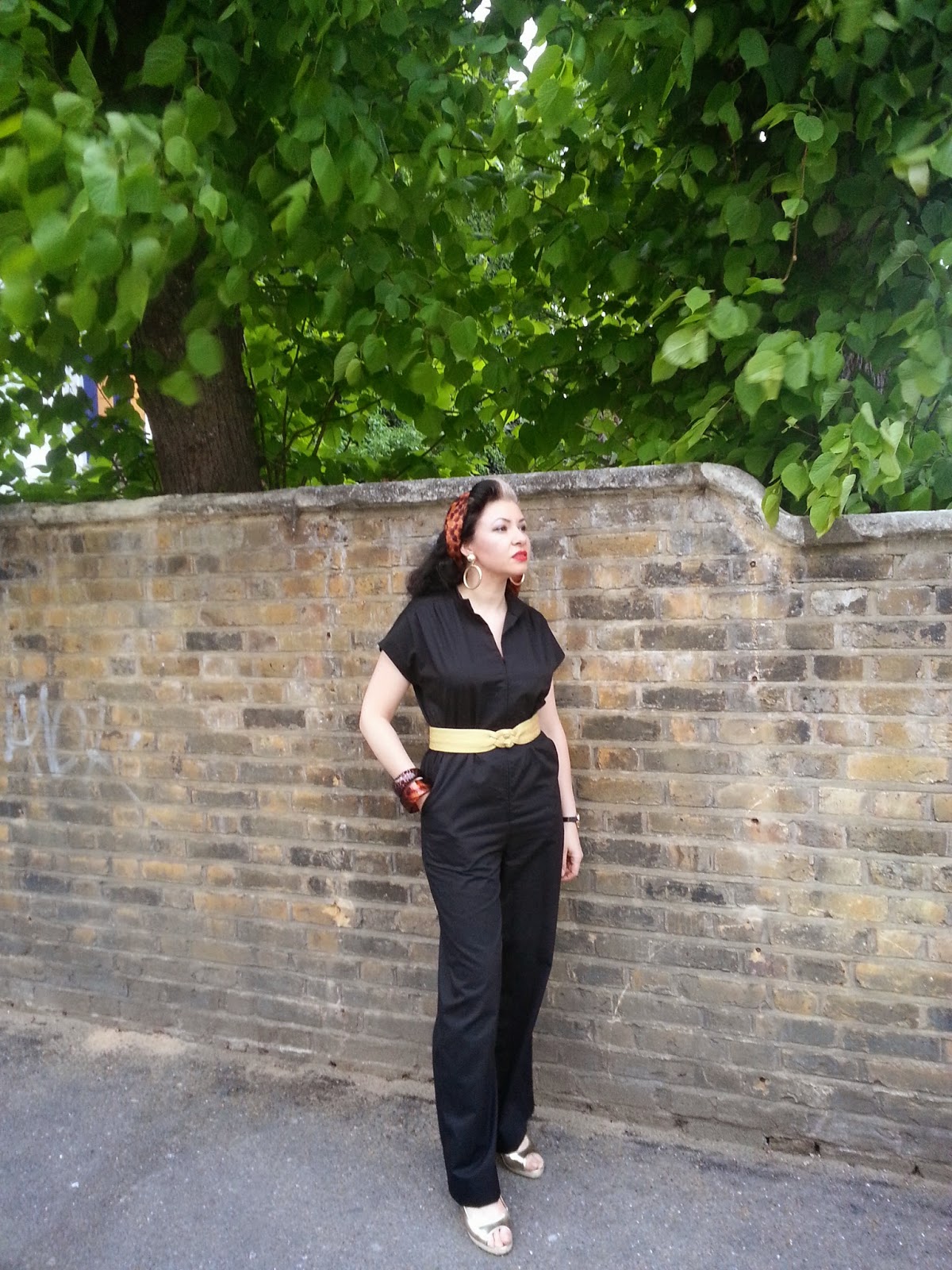 I made a few adjustments, such as adding pockets. The original was all one piece with a seam at the center front and back, but I also added as seam at the waist and some slanted pockets: 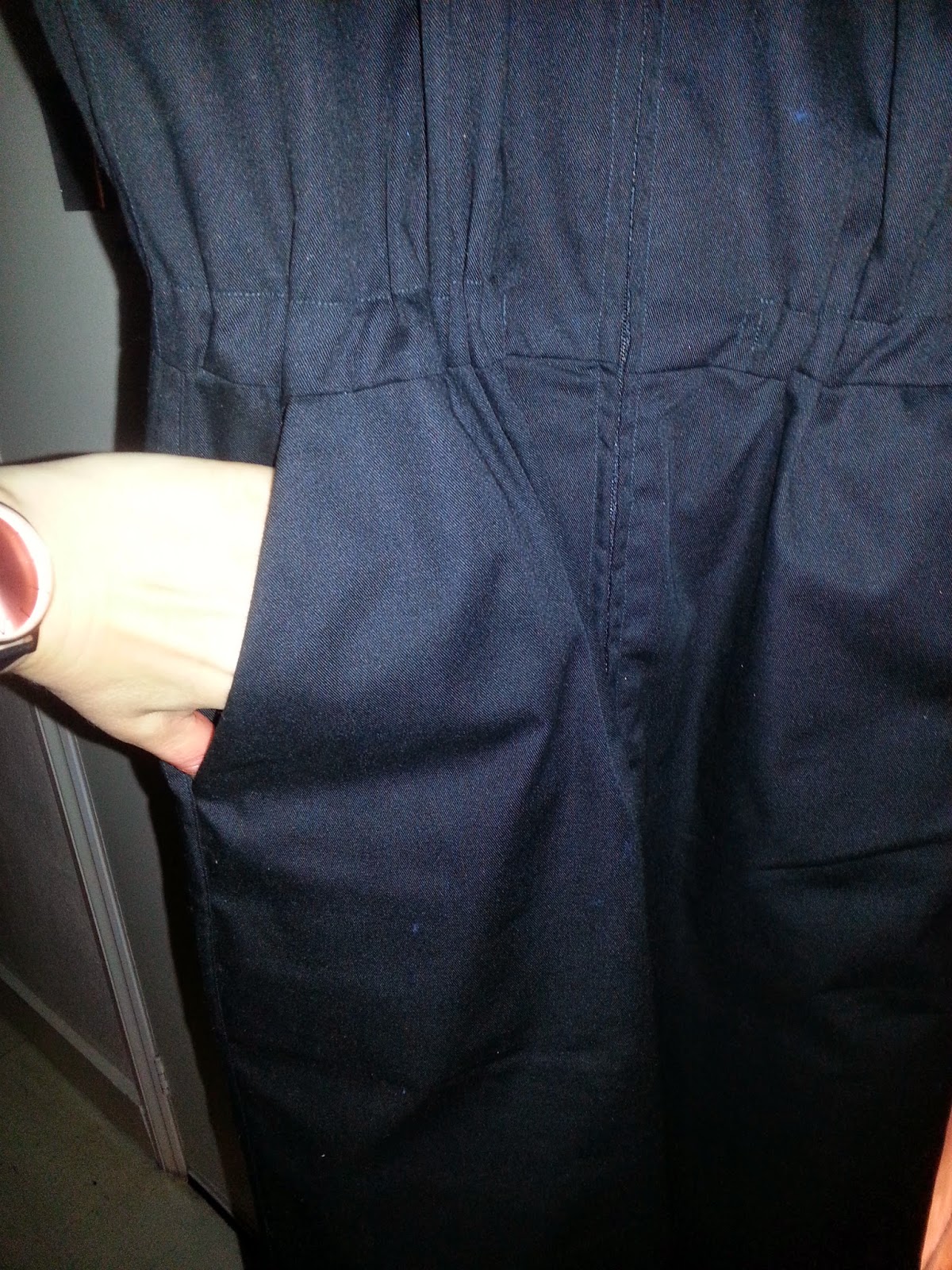 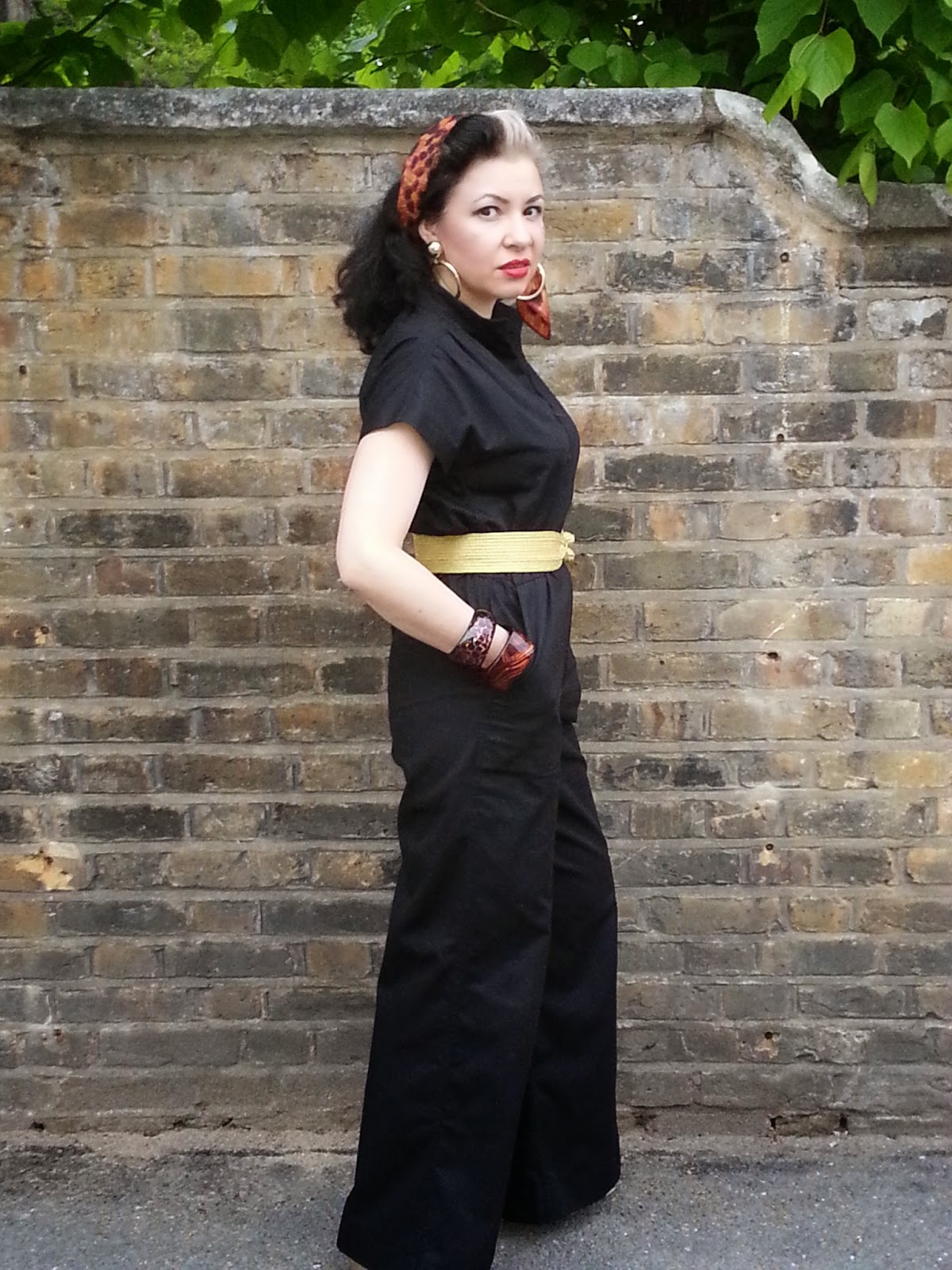 The original didn't have the elastic at the waist, but I added it to this version as I was worried it would shift around while I wore it: 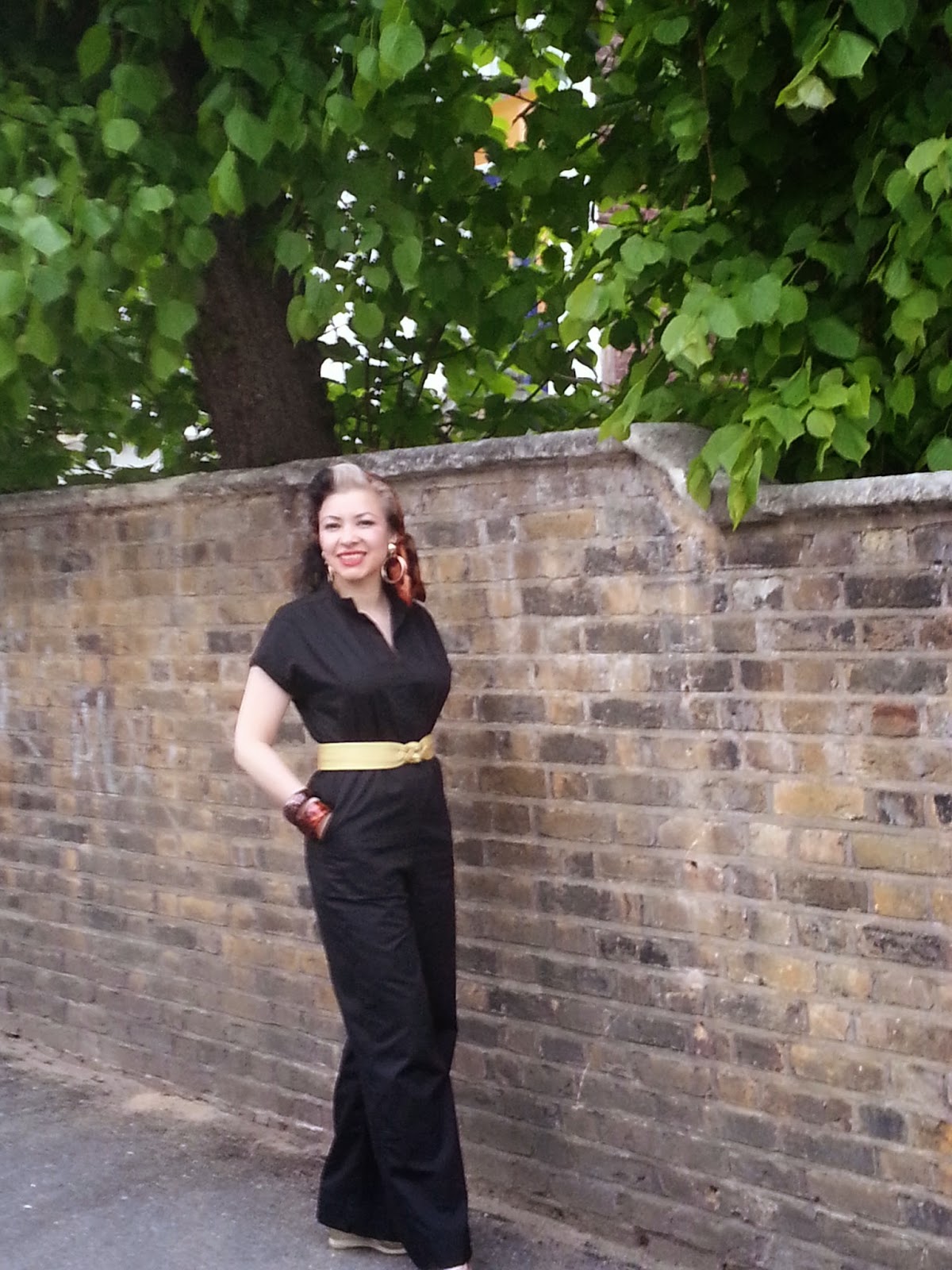 The pattern's really simple, with almost no shaping except for some gathers at the shoulder: 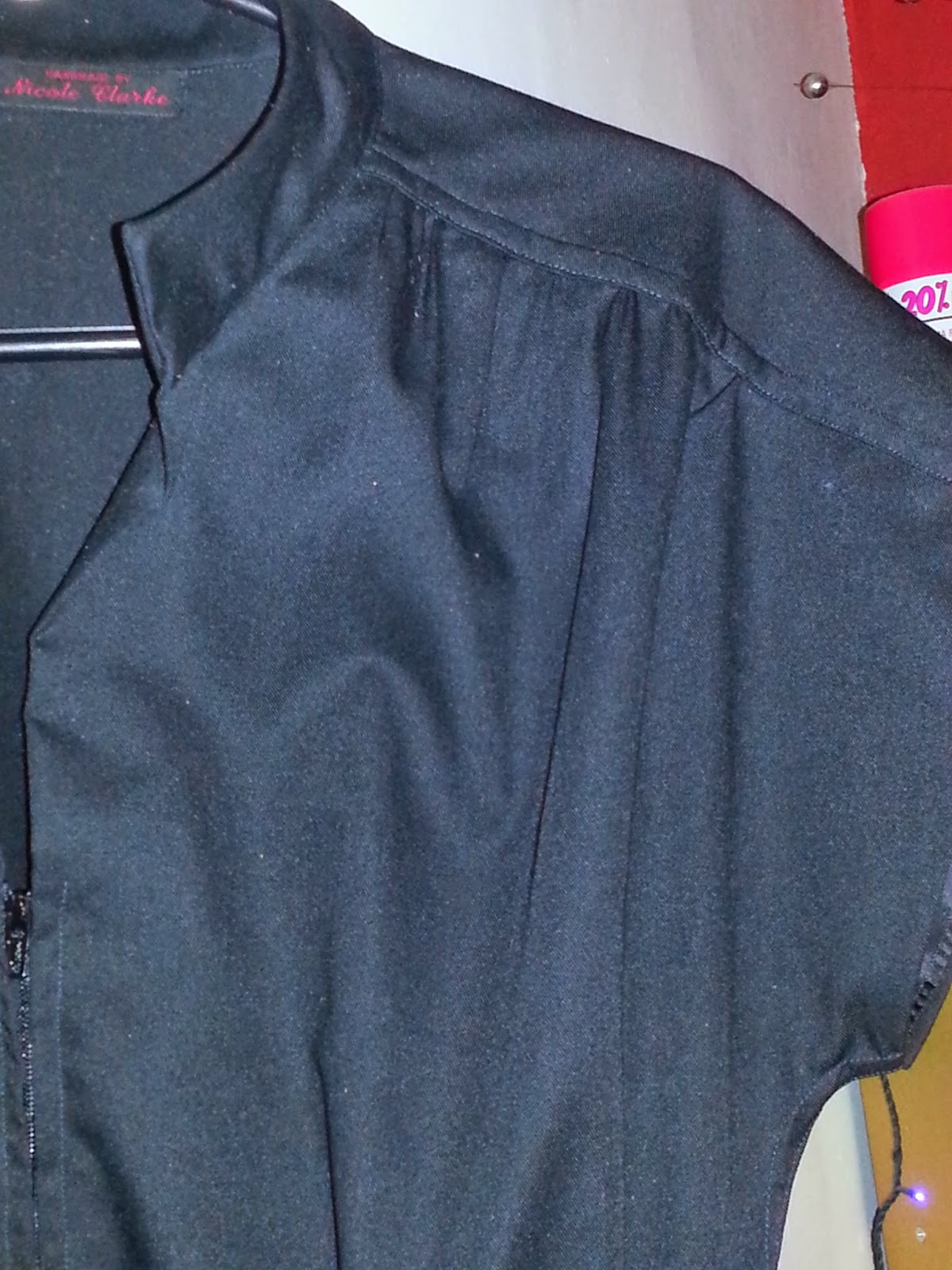 And there's a center front zip so getting in and out is easy: 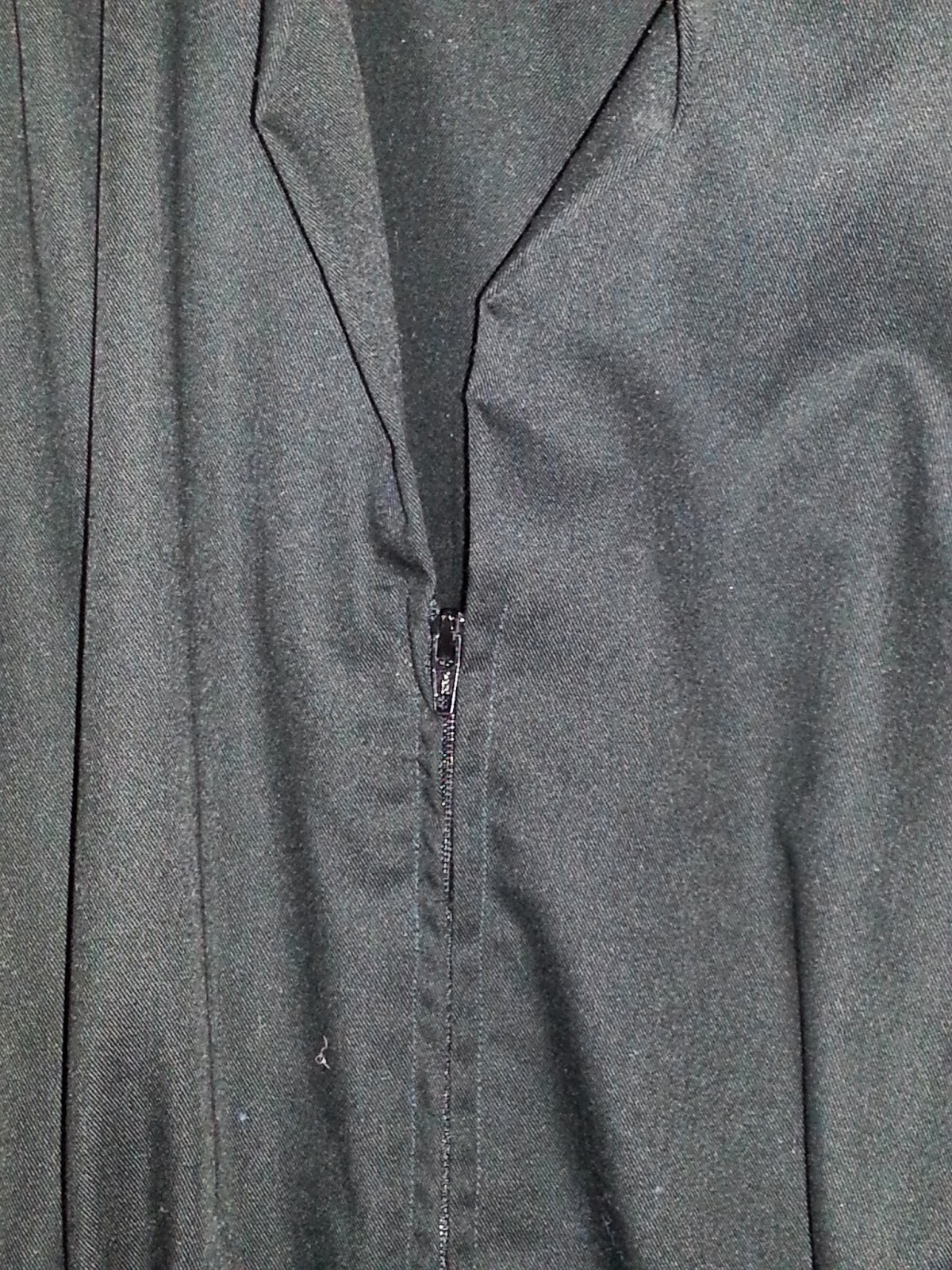 I didn't go for the tie belt - a bit too karate kid; I thought a glam gold belt (which I already had) would lend a touch of 70's disco vibe. 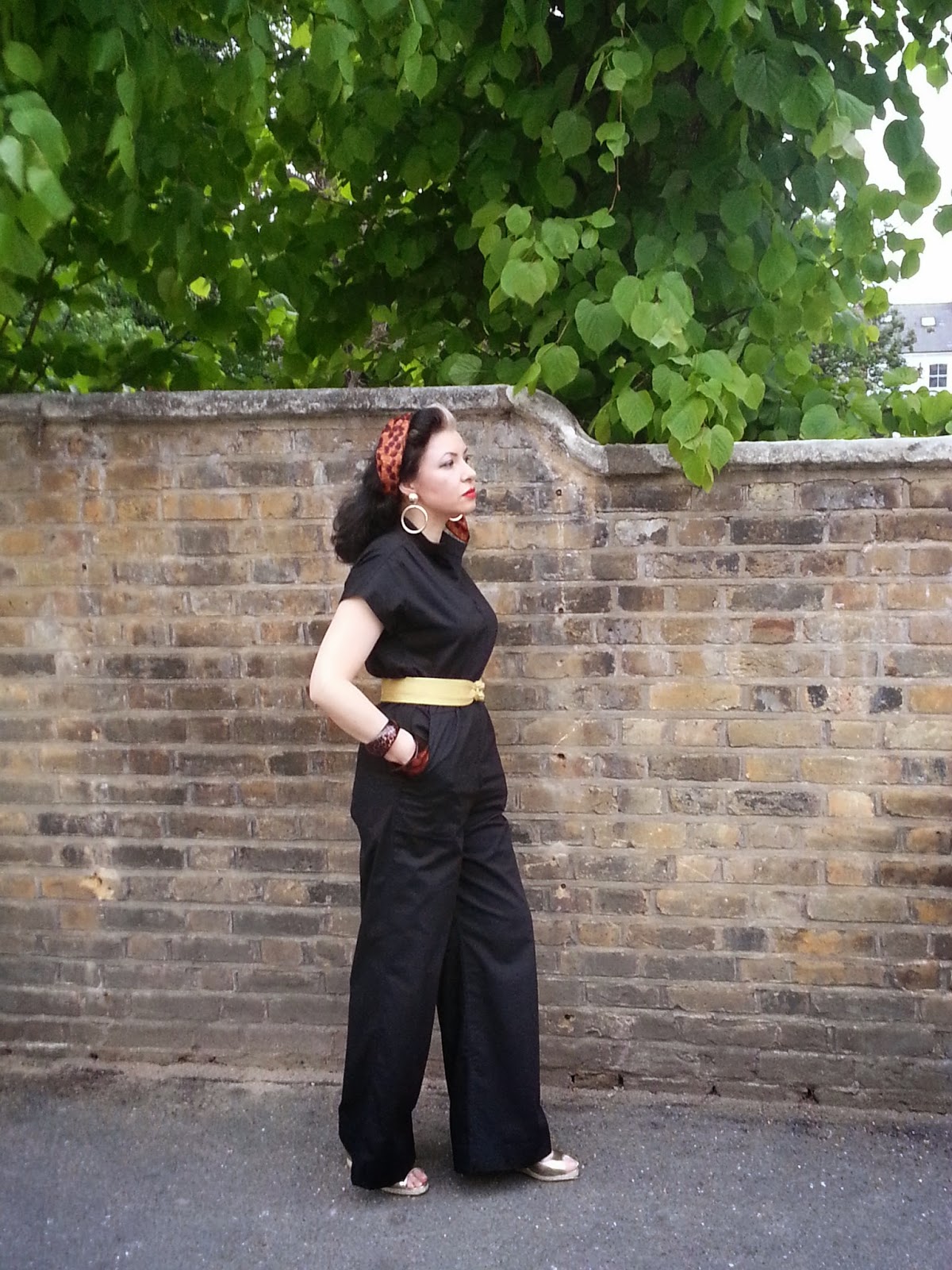 And finally - trouser width. These babies are HUUUGE. They measure 26" around; it's going to have to be wedges or high heels with these, or else my legs will look really short. 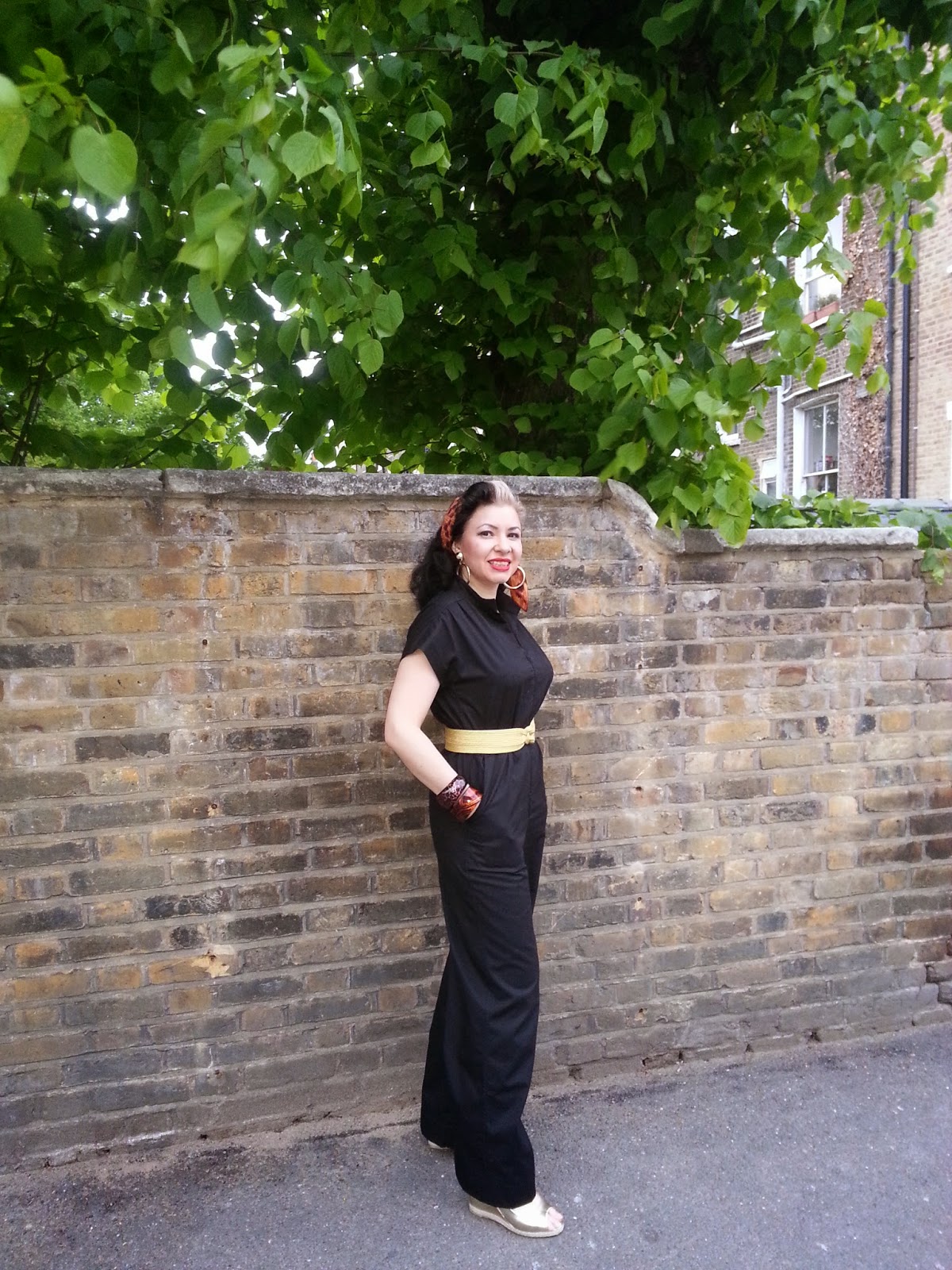 A while ago, Clare over at Sew Dixie Lou blogged about her Ailakki jumpsuit from Named patterns (which BTW made her look scalding hawt). She finished the post with a suggestion from her husband that women like jumpsuits, while men aren't so impressed. Well, I love this jumpsuit and have been practically living in it since I finished it, and several people, men included, have commented on it positively. The debate rages on!

This is also my third entry to the Vintage Pattern Pledge, run by Marie at a Stitching Odyssey - go check it out

Don't forget, if you want a black jumpsuit of your own, head on over to Minerva where you can get everything you need.