Reeling from a Blast from the Past - Lloyd Johnson Retrospective

What do the Cramps, the Clash, the Stray Cats, Liza Minelli, Madness, Rod Stewart, Siouxsie Sioux, Jerry Lee Lewis, Billy Idol, and George Michael all have in common?
They all wore clothes designed by Lloyd Johnson, who is the subject of a fantastic exhibition now on at the Chelsea Space in Pimlico. 'Lloyd Johnson - the Modern Outfitter' is curated by Paul Gorman, who I'm sure many of you will already know from his excellent book 'The Look - Adventures in Pop and Rock Fashion', and his blog of the same name. Through an extensive collection of archive pieces, the exhibition manages to tell the story of Johnson's unique position as tastemaker and outfitter to generations of fashion followers who took their cues not from the catwalks of Paris and New York, but from classic rock and roll.
The first section of the exhibition covers the beginning of Johnson's career, in the late 60's and early 70's. There are some brilliant Pop art shirts and jackets, and some great editorial pieces from the time, showing how Johnson quickly became popular with pop stars of the day, such as Kenny Jones from the Faces. There's even a photo of Fred Astaire wearing a jacket with a print inspired by him: 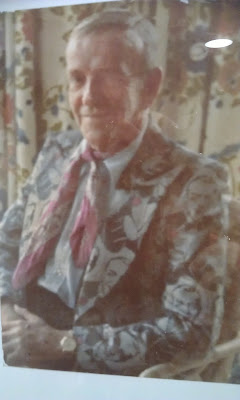 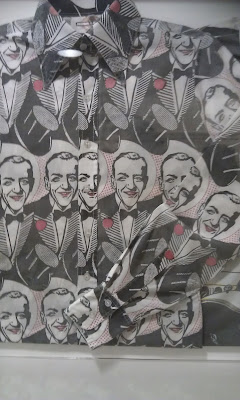 The next sections are dedicated to the later stages, in the 70's and 80's, when Johnson opened shops in King's Rd and Kensington Market. I'd forgotten how they managed to cater for Mods, rockers, goths, rockabillies, punks and jazzy types under one roof, without it seeming strange - it just worked somehow. 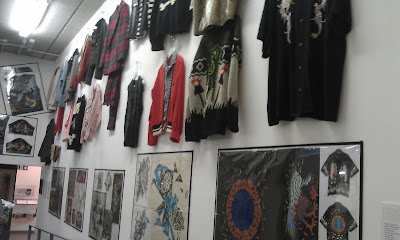 To say I enjoyed this exhibition is an understatement. I'm still reeling from seeing upclose all the pieces I used to drool over as a teenager in the mid 80's. Whenever I visited London from sleepy Cambridge, I would rush to Kensington Market and make sure I spent time in Johnson's. I couldn't afford anything (I think I bought a pair of socks), but you had to hang out and just soak up the coolness of it all. I'd get ideas for looks I'd try to recreate myself, and spend time looking at all the fantastical creatures who worked there.
So when I walked in and saw this display, I could feel all that teenage excitement come bubbling to the surface:


While I was mooning around Kensington Market as a teenager, Mr Needles was a bit more sophisticated, and often visited the King's Rd branch of Johnson's, as it was not far from where he grew up. He still can't really remember how he came by it, but here he is in a prized teenage posession, a rayon skeleton print shirt, alongside the original artwork for the fabric, and the same piece in the exhibition, minus all the rock 'n roll holes. 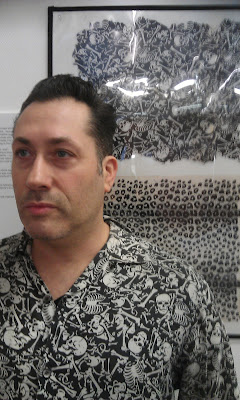 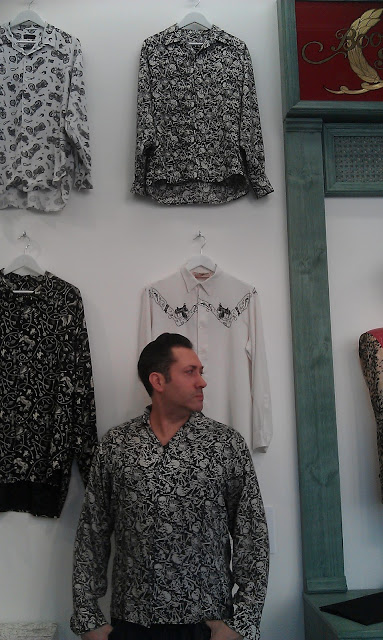 What really struck me while I took everything in was how we don't really have an equivalent of Lloyd Johnson today. His was a time when to work in a shop like Johnson's made you a minor celebrity - you had to look the part, and live the life to a certain extent (Some of the assistants went on to be in bands like 20 Flight Rockers and Transvision Vamp). Everything was designed in-house, from the fabrics, to the labels, shopfronts, fittings, and it all presented a single vision. All of this coincided with the launch of magazines like The Face, which were read worldwide by anyone who was interested in style, and regularly featured Johnson's clothes, therefore providing this small, independent brand with huge amounts of exposure.
Today, we have the internet and unbelieveable exposure to all manner of ideas, but are we any more creative? And would a small retailer/designer be able to set up in the way Johnson did in the late 60's? I work in fashion retail now, and looking at the creative, spontaneous, design led approach that was favoured by Johnson (and others like Boy, AdHoc, and Robot) makes my job look like a dry wasteland. I bet they didn't have KPI's to hit, or appraisals to write - hell, they probably didn't even have an HR department. But I bet they had a lot of fun, and they were a lot more memorable.

Anyway, let the clothes do the talking - here are some more photos: 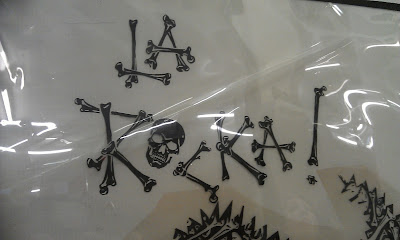 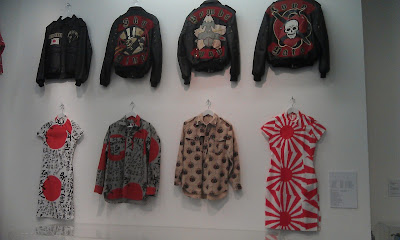 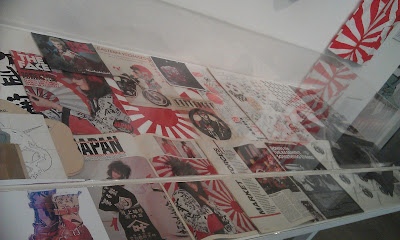 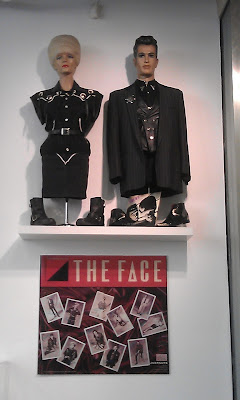 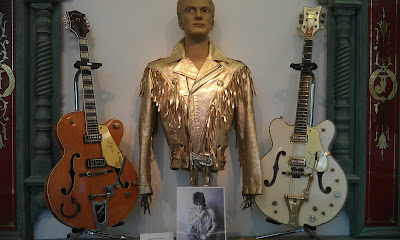 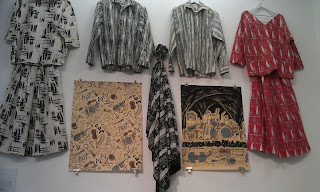 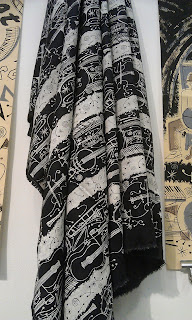 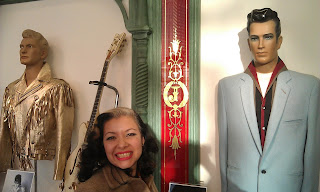 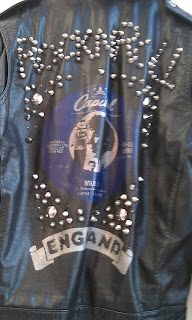 If you want to read more about Lloyd Johnson, there is an excellent article here. If you're in London, go see this exhibition - not only is it hugely inspiring, it's also free!
Posted by Nicole Needles at 08:35:00 3 comments: