I love London, but every now and then you feel a bit worn out by it. Mr Needles and I were feeling this way recently, so we went on a little break to Amsterdam. 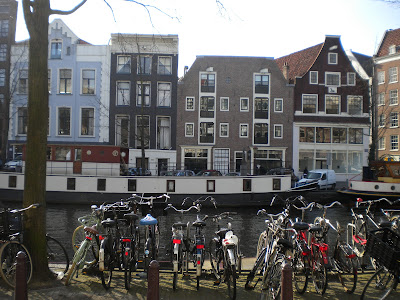 I hadn't been to this city for at least 16 years, when I was a student on a budget, so I was curious to see if it had changed, and if I would enjoy it. And of course, I had to see if there was any fabric to buy!
We stayed not far from and area called De Pijp ('the pipe'?), which is centred around a big street market on Albert Cuypstraat. 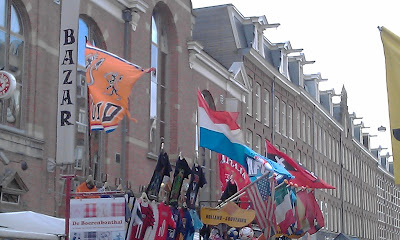 Tucked among the pickled herring stalls, a few vintage clothes shops, football paraphernalia, and the obligatory Bob Marley/marijuana leaf flags, there were some great fabric shops, and one of the best haberdashery shops I've ever been to, called Jan: 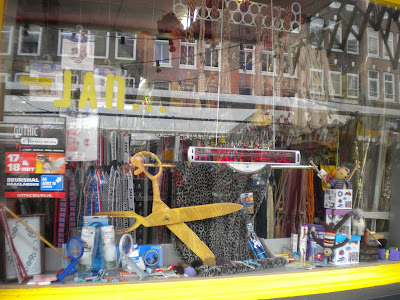 It had everything! Need feathers? They had every colour and size. Buttons? Too many to choose from! Bag handles, embroidered motifs, tons of zips, beads, yarn - I didn't really know where to start, as I didn't have a specific project I was working on. But I did buy this claw thing, which I'll make into a necklace, for about 2 euros: 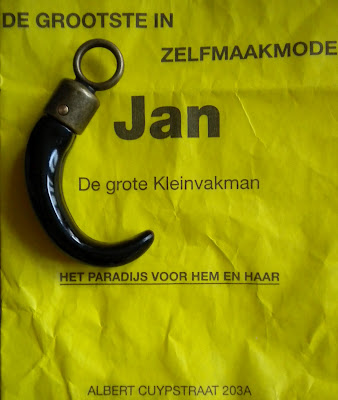 Mr Needles even got swept up in the excitement, and found this coin thing, which he's been wearing as a medallion: 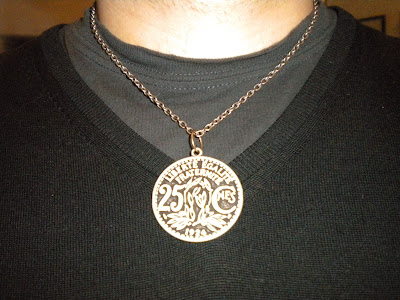 There were also a number of fabric stalls, which I neglected to take any pictures of, but they were all pretty good, with a wide range of specialist and everyday fabrics, as well as some interiors fabrics. It was among a selection of said fabrics I found this for about 6.99 euros/metre: 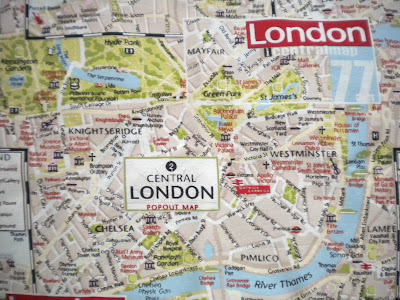 It's like one of those t-shirts - 'I went all the way to Amsterdam, and all I got was this lousy London fabric'. But it's far from lousy, and I think it will make a great pencil skirt.
Other than that, Amsterdam was a great fun, and a nice respite from the hustle and bustle of London.
Here are some other facts about the city, the result of my not very reliable research -
They like cheese. A LOT: 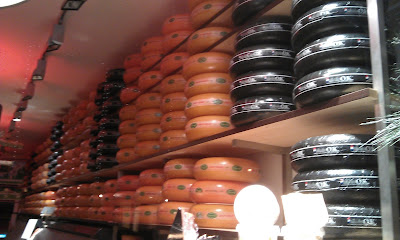 Bikes are the dominant form of transport. This is rush hour: 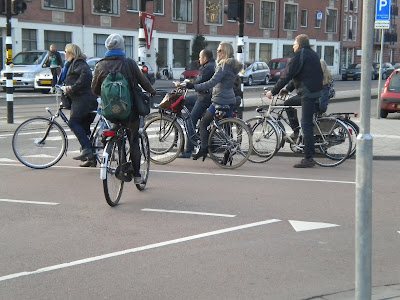 If you like cats, you're in luck, as most cafes seem to have them, and they're very friendly, to the point of pushy: 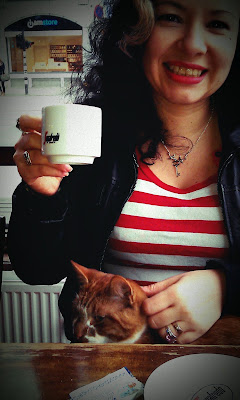 But I think this one had been smoking: 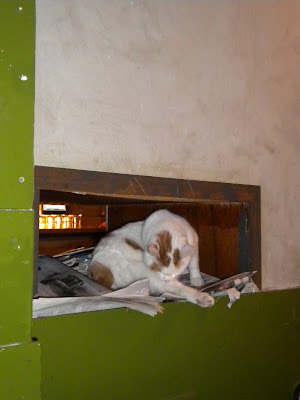 *And speaking of smoking, the title of this blog is not a euphemism for buying funny cigarettes - I can't stand the stuff!
The city is beautiful. You turn a corner and are confronted with storybook scenes on a regular basis: 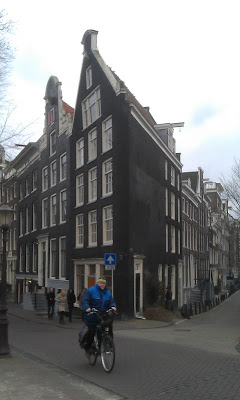 Heinekin is more popular than water: 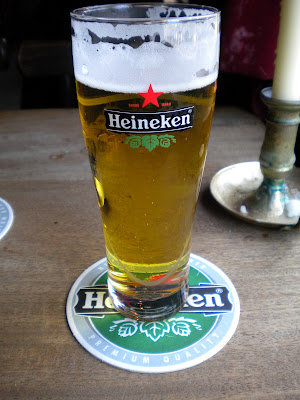 The most succesful Dutch artist isn't Rembrandt, but Dick Bruna, the creator of Miffy: 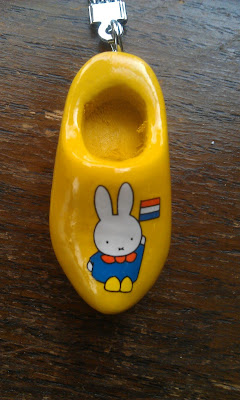 And you have to make the obligatory trip to the Red Light district, which seems to have been cleaned up a great deal since I was last there. It also seemed pretty small, really just a few windows around a small section of canal: 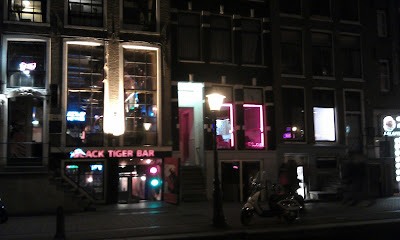 If anything, it's worth a laugh watching goggle-eyed teenage tourists (mostly boys) who don't know where to look!

And that's my far from comprehensive guide to Amsterdam. See you soon!
Posted by Nicole Needles at 19:59:00